Many of you have asked about the blue and red phone iPhone holders that appear in some of our videos. We designed these as a convenient way to hold the phone steady when taking your spin. Below, we are sharing the STL files for these holders so that you can 3D-print your own copy. If you do not have access to a 3D printer, you can also print Version 1 or Version 3 through Shapeways (a print on demand service—note, we do not control the prices that they charge and we are not adding any markup). The Shapeways pages also have an option to view the STL in 3D.

Version 1 of the iPhone 4/4s holder

While this plastic holder is small, cheap and portable, there are some notable drawbacks to our initial design. Depending on the size of your object, one often requires a “higher point of view” to produce the proper spin. Thus, a much better solution that we use in our own studio is some sort of camera-tripod attachment for your phone. Examples include Joby GorillaPod

or the much cheaper but clunky version

, but find it difficult to achieve the proper angles.

Finally, there is one recent solution that we are very eager to try: Slingshot seems to have made a very cool phone tripod that works without almost any phone.

In a pinch, the very first tripod that we used back in February was a simple mason jar: 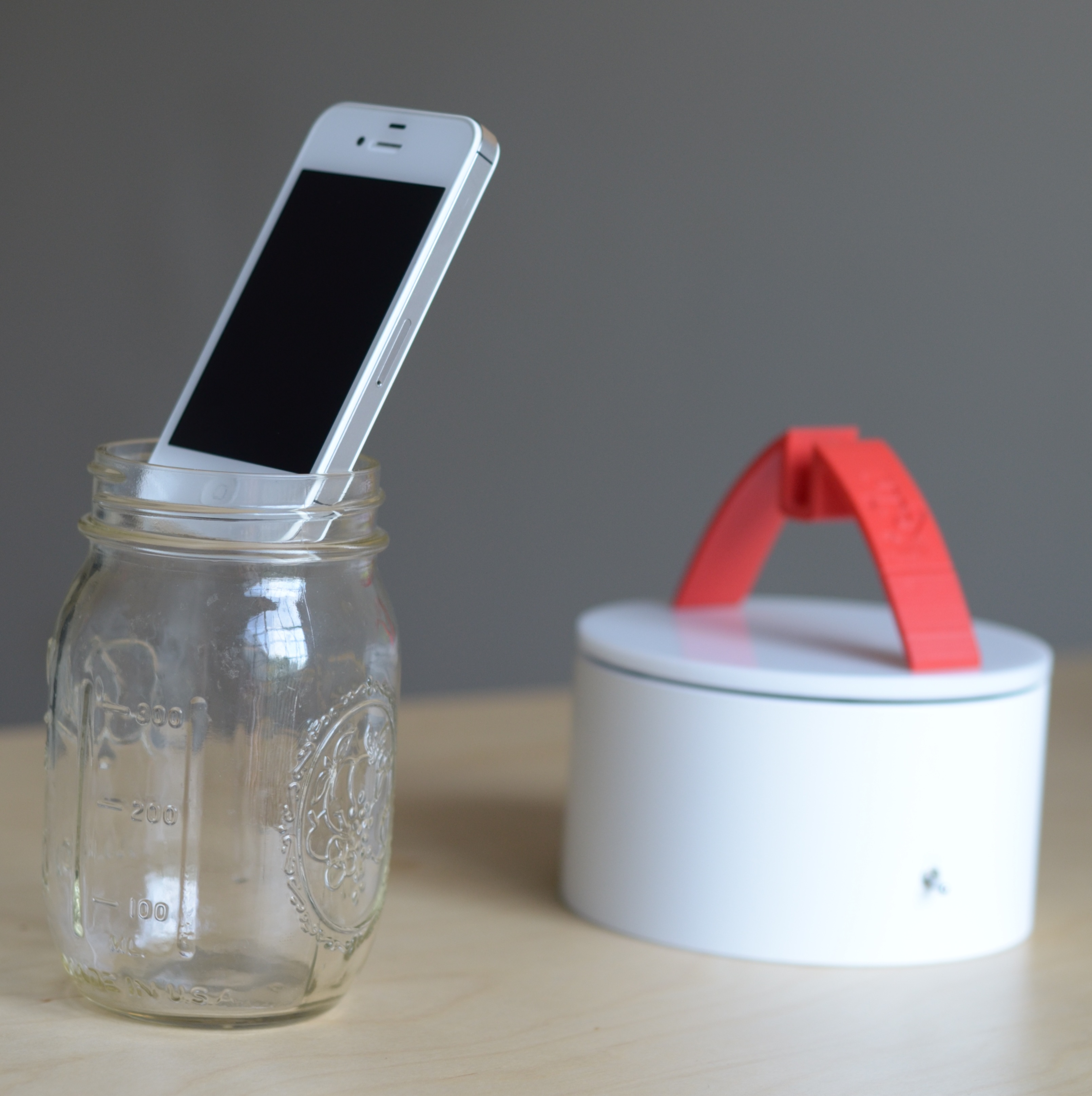 This jar turns out to be highly effective!