This is the first piece in a new series called “Featured Spinner” where we will highlight someone that is using Arqspin in an innovative way to improve their online business, share their craft, connect with their students and colleagues, etc. We are thrilled to have toy collector Carson Mataxis (username ‘Mataxis’), creator of 3DJoes, as our inaugural Featured Spinner.

If you know someone that you think belongs in this series please drop us a line at feature@arqspin.com. 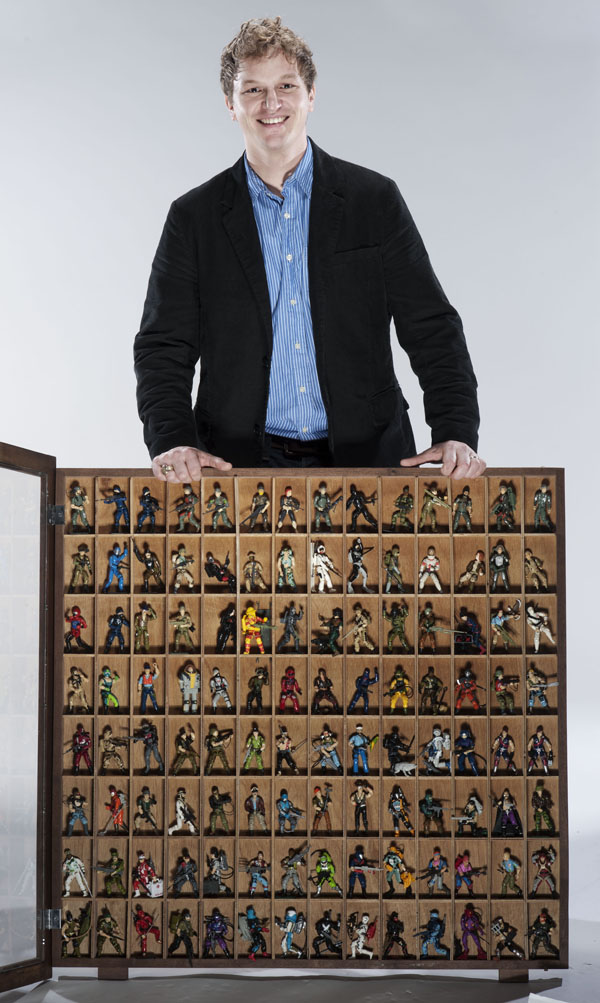 “I could not be more excited by the reception the site has received, and I could not have done it without Arqspin.” Carson Mataxis, creator of 3DJoes

There is perhaps no larger icon in the pantheon of American toys than “G.I. Joe” (the “G.I.”, by the way, stands for “Government Issued”). Although the first G.I. Joes were 12-inch models introduced by Hasbro in 1964, it was the 3.75-inch models they introduced in 1982 that became one of the most recognizable action figures in the world.

Carson Mataxis (shown at right) is the creator of 3DJoes.com, the first online G.I. Joe museum with fully interactive 360-degree spins of his entire collection, all created with Arqspin.

Mr. Mataxis began buying and collecting G.I. Joes at a young age in 1985. He recently recounted that, “To a six year old kid in the early 80s, G.I. Joe was the center of the universe. Before long, I had four boxes full of figures, a box full of filecards and a long box full of Marvel’s G.I. Joe comics.”

Like most things from our childhood, Carson’s collection of G.I. Joes eventually wound up in storage, displaced by school, career, and time. He rediscovered his collection in 2007 and realized that these small action figures not only provided a connection to his past, but they also formed a rare and potentially valuable collection. “I dug my old Joes out and dusted them off. There was a short ‘want list’ of Joes I was missing, written in the chicken scratch of an 8 year old. I decided to find every loose figure on that list.”

Carson Mataxis in the act of capturing a spin of one of his G.I. Joes.

As his collection grew more serious, Mr. Mataxis began looking for ways to share it with others. He believes his collection “is one of the best vintage 1980s Joe collections out there and I thought it would be a shame for no one else to enjoy it. Shortly after the Arqspin stage arrived in the mail, a light bulb went off! I would build my own online museum filled with wonderful spins to share my collection with the world.” And thus, 3DJoes was born. “In the last two months I have built over 150 pages with over 200 spins. The response has been tremendous! Blogs and fan sites from around the world trumpeted the arrival of 3DJoes. They are so excited to see these classic figures in an entirely new way. Spinning the Joes online is the next best thing to holding them in their hands.”
To see spinning G.I. Joes for yourself visit 3DJoes.com.