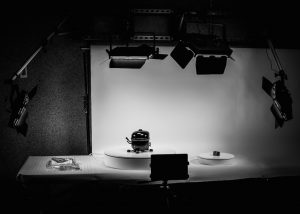 Marcone is an appliance part distributor based out of St. Louis, MO. They started their company in 1932 when their founder, Harry Markow, went door-to-door selling rebuilt vacuum cleaners. Marcone is now the world’s leading appliance part exporter and distributer, with both domestic and international customers. Since signing up for Arqspin one year ago, Marcone has created over 15,000 spins. They average more than 85 unique spins per day, making them one of our largest spin producers. I spoke with Kati Underwood, the manager of their content studio, to find out how they create so many spins and how Arqspin helps Marcone stay ahead of their competition.

Marcone discovered Arqspin in 2015 when Joe Harman, Marcone’s e-commerce manager, was searching for an easy way to provide customers with a more complete sense of their products. He knew he wanted interactive 360 photography, but stitching together still images to form 3D views is time consuming, and with the large volume and variety of parts Marcone offers, they needed a simpler solution. Arqspin’s software was the perfect fit, providing them with tools to easily capture, edit, and embed interactive 360 product views quickly and without the need to ship their products off-site. 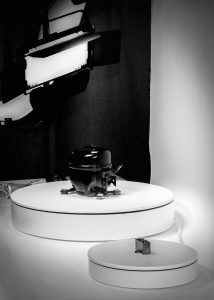 Kati believes using 360 spins on their website helps set Marcone apart as innovators within their trade. “No one else in our industry is doing this”, she says. Her goal is to perfect their use of 360 photography before the competition starts implementing it.

Marcone’s studio setup for 360 imaging is pretty simple. Kati’s staff uses iPhones and iPads to capture product spins with the Arqspin App and turntables, and then exports the spins to the desktop editor for touch-ups. The spins are then embedded on Marcone’s website. It is this ease of use, as well as the learnability of the capturing and editing processes that make Arqspin the perfect tool for the large volume of spins that Marcone creates. The simplicity of Arqspin’s software allows a small team to both capture and edit such a large volume of spins efficiently.